Historic Trans Am Series returns to BIR, along with inaugural Formula racing circuits, drag racing – all in honor of late track owner

BRAINERD, Minn.—When the gates at Brainerd International Raceway open July 16 for the weekend, fans can expect to be treated to a smorgasbord of racing, from the historic Trans Am Series to the first-ever appearance of Formula racing to drag racing to vintage sports cars, all while honoring the track’s late owner. 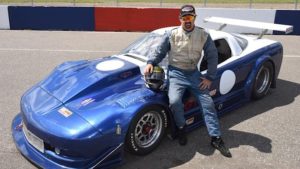 The second annual Jed Copham Memorial Race, July 16-18, will be wall-to-wall racing action on BIR’s dragstrip and 2.5-mile, 13-turn road course. The three-day race, which blends the old with the new, is a chance to honor Jed Copham, the popular owner of BIR who died tragically in a swimming accident in 2018. He and his wife Kristi bought the track in 2006; Kristi continues to own and operate it.

The Trans Am Series presented by Pirelli, which will provide the weekend’s featured races on Sunday, has a long history at BIR that dates back to 1969. The list of drivers who raced in the series over the years is long and impressive, and includes names like actor Paul Newman, Mark Donahue, David Hobbs, legendary stock car driver Dick Trickle and former BIR owner Jerry Hansen, who was one of the winningest drivers in SCCA history. The drivers and cars have changed over the years but not the intense competition on the track. The TA class will provide the weekend’s finale Sunday afternoon, sharing the track with the XGT, SGT and GT classes. The TA2 class will have its own finale Sunday morning.

The Jed Copham Memorial Race is also a chance for BIR to introduce fans to Formula 4 racing for the first time in track history. Formula 4 is the little brother of Formula One racing, providing a training ground for drivers who are making the leap from competitive karting to open-wheeled racing. The drivers in today’s Formula 4 series are tomorrow’s Formula One stars. Like the Trans Am classes, Formula One will have practice and qualifying Friday and Saturday, followed by racing on Sunday.

Another inaugural event at BIR is the Formula Regional Americas Championship Powered by Honda, which will be on the road course for three days as well. The FR Americas is the next step up from Formula 4 open-wheel racing in the progression toward Formula One racing. Again, practice and qualifying Friday and Saturday, with racing on Sunday.

Scattered among these classes on the schedule is the Sportscar Vintage Racing Association’s Brainerd Speed Tour, which is always popular with race fans because it features vintage race cars like classic Jaguars, Triumphs, BMWs, MGs and Lotuses, as well as contemporary Camaros, Audis, Porsches and Corvettes. The pits are open for fans to check out the cars up close.

The dragstrip will be busy all weekend as well with the fourth of six weekends for the Bracket Drag Racing Series, which will feature more than 250 dragsters, cars, trucks, bikes, sleds and Junior Dragsters that will be competing for series points.

“This will be a really fun weekend for race fans,” BIR Owner Kristi Copham said. “We’re really excited about introducing Formula 4 and the FR Americas Championship, which is only possible because we were able to get our road course certified for Formula racing. Between Trans Am, Formula and the vintage racers, the road course will have some amazing racing all weekend. The Bracket Drag Racing Series always puts on a great show as well.”

Spectators can go back and forth between the road course and dragstrip at will. Daily admission is $30 on Friday and Saturday buy only $10 on Sunday. Kids 12 and under are free. Camping is free with the purchase of a multi-day ticket, and parking is free. Fans can pull their cars right up to the fence along the road course or use the bleachers on strategic corners. The pits are always free and open to fans, so you can check out the cars and talk to the drivers.