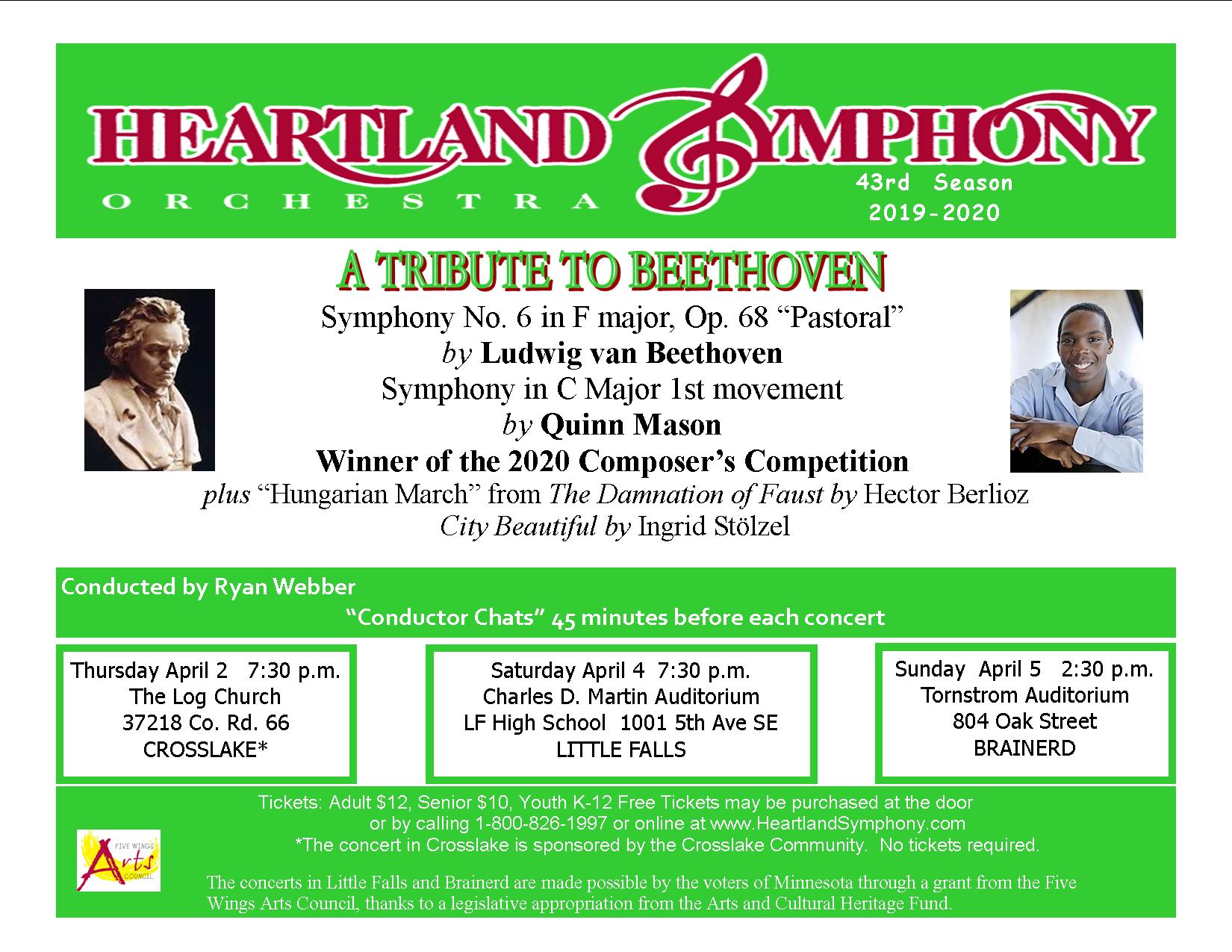 The Heartland Symphony Orchestra’s spring concert series “A Tribute to Beethoven” will feature Symphony No. 6 in F major by Ludwig van Beethoven. The piece is also known as the Pastoral Symphony and is evocative of the rural countryside that Beethoven loved to explore. It was composed simultaneously with his more famous–and more fiery–Fifth Symphony. Both were premiered in Vienna in 1808.
Another highlight of this concert series will be the winning composition of the HSO Composer’s Competition. More that 200 years past the premier of Beethoven’s symphonies, another composer will have the opportunity to premier his work in the decidedly rural setting of central Minnesota. Twenty three year old, Mason Quinn, won the competition with his original composition, the first movement of Symphony in C major.
The concert will also include the Hungarian March from The Damnation of Faust by Hector Berlioz and City Beautiful by Ingrid Stölzel.
The concert in Crosslake will be held Thursday, April 2 at 7:30 p.m. at The Log Church, 37218 Co. Rd. 66. The Little Falls concert will be held Saturday, April 4 at 7:30 p.m. at the Charles D. Martin Auditorium of the Little Falls Community High School, 1001 5th Ave SE. The concert in Brainerd will be held Sunday afternoon at 2:30 p.m. at the Tornstrom Auditorium,804 Oak Street.
Tickets are Adult $12, Senior $10, Youth K-12 are free. Tickets may be purchased at the door or by calling 1-800-826-1997 or online at www.HeartlandSymphony.com. Tickets are not required for the Crosslake concert as it is being sponsored by the Crosslake Community.